Saving your money for next purchases

Delivery – when you want and anywhere

A huge selection of best products 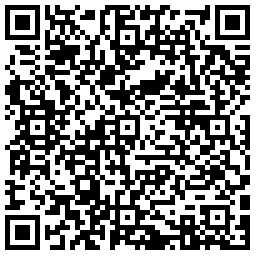 Click on the image to get the QR link to this page.
Description

Bekata has a story. A story of 3 dreamers, brought together by destiny under a single roof. Each of them work to honor the fallen, and all working for one dream. And to better understand the art that embellishes your walls, you need to know their story!

Once upon a time, lived 3 men who were destined to create art, unaware of each other. One of them a historian, dreaming to bring honor to the fallen. One of them a French linguist, and a man of great ambition and curiosity. The last one, a former banker who sworn an oath to conquer the internet.

It all began with Koray, the historian, the mastermind. Studying history at 18 Mart University, Koray learned much about history. And most importantly, everything about the Dardanelles war. But, how Koray dedicated himself to honor the fallen during the Dardannelles Campaign is not only him browsing through the pages of history books! He was also a tour guide at Çanakkale. Testifying to the suffering in the fields of Çanakkale every day, witnessing the price of conquring a land thousands of miles away and of independence is the reason behind his dream!

Yet, an idea is not enough to create! And when the mastermind needed a craftsman, an artist who created beautiful mural paintings and decoration objects for many different companies came to the aid of Koray. An artist, experienced in the wood, metal and industrial design, Özgür aided and helped Koray to put his ideas and dream into practice!

And if you wonder how the last musketeer joined, it is similar to a famous artist’s story! The story of Da Vinci! As Lorenzo de’Medicci helped Da Vinci for his works, the former banker Ertug helped Koray and Özgür with their work! Ertug planned the production phases and the conquest of the internet sales with his experience of 5 years in e-commerce!

The modern Three Musketeers, brought together under the roof of Bekata by destiny, is how it all began!

‘’When you think about giving up, remember why you started’’

There are no reviews yet.